Advice from a Respiratory Therapist about COVID 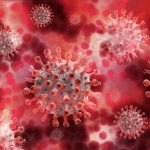 Just in case you get the virus and develop symptoms, here’s some good advice from a respiratory therapist to help stay out of the hospital and recover quickly.

Since they are calling on Respiratory therapists to help fight the Coronavirus, and I am a retired one, too old to work in a hospital setting. I’m gonna share some common sense wisdom with those that have the virus and trying to stay home. If my advice is followed as given you will improve your chances of not ending up in the hospital on a ventilator. This applies to the otherwise generally healthy population, so use discretion.

1. Only high temperatures kill a virus, so let your fever run high. Tylenol, Advil. Motrin, Ibuprofen, etc. will bring your fever down allowing the virus to live longer. They are saying that ibuprofen, Advil, etc will actually exacerbate the virus. Use common sense and don’t let fever go over 103 or 104 if you got the guts. If it gets higher than that take your Tylenol, not ibuprofen or Advil to keep it regulated. It helps to keep the house warm and cover up with blankets so the body does not have to work so hard to generate the heat. It usually takes about 3 days of this to break the fever.

2. The body is going to dehydrate with the elevated temperature so you must rehydrate yourself regularly, whether you like it or not. Gatorade with real sugar, or Pedialyte with real sugar for kids, works well. Why the sugar? Sugar will give your body back the energy it is using up to create the fever. The electrolytes and fluid you are losing will also be replenished by Gatorade. If you don’t do this and end up in the hospital they will start an IV and give you D5W (sugar water) and Normal Saline to replenish electrolytes. Gatorade is much cheaper, pain-free, and comes in an assortment of flavors

3. You must keep your lungs moist. Best done by taking long steamy showers on a regular basis, if your wheezing or congested use a real minty toothpaste and brush your teeth while taking the steamy shower and deep breath through your mouth. This will provide some bronchial dilation and help loosen the phlegm. Force yourself to cough into a wet washcloth pressed firmly over your mouth and nose, which will cause greater pressure in your lungs forcing them to expand more and break loose more of the congestion.

4. Eat healthy and regularly. Gotta keep your strength up.

5. Once the fever breaks, start moving around to get the body back in shape and blood circulating.

6. Deep breathe on a regular basis, even when it hurts. If you don’t it becomes easy to develop pneumonia. Pursed lip breathing really helps. That’s breathing in deep and slow then exhaling through tight lips as if you’re blowing out a candle; blow until you have completely emptied your lungs and you will be able to breathe in an even deeper breath. This helps keep lungs expanded as well as increase your oxygen level.

7. Remember that every medication you take is merely relieving the symptoms, not making you well.

I’ve been doing these things for myself and my family for over 40 years and kept them out of the hospital, all are healthy and still living today.  Thank you all for sharing. We gotta help one another.

Just a reminder that I did not write these guidelines. They are from a respiratory therapist – an expert in the field. — dpenguin