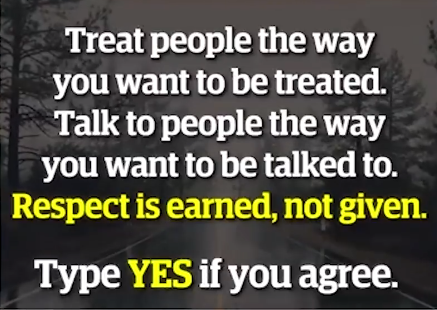 “Respect is earned, not given.”

I saw this on Facebook today, and I’ve seen it before. I cannot type “YES” to this statement.

Here’s the thing: respect may be earned, but no matter how respect-worthy a person is, respect itself is still given. Respect says more about the person giving respect than the person receiving it. A respectful person will be respectful even to those who haven’t “earned” respect.

So, while I agree that you should treat others as you would want to be treated (that’s a Biblical principle), I do not agree that “respect is earned, not given,” because by definition (see below, first definition both of noun and verb), respect IS given. 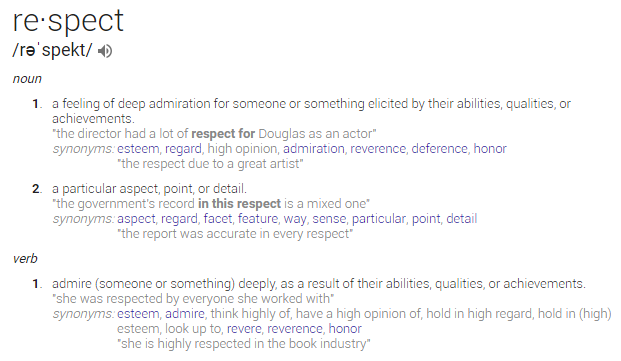